In the midst of a climate change crisis, a clean energy fuel like hydrogen has the potential to play a crucial role in future global decarbonization. However, because of its low volumetric energy density, hydrogen is currently expensive to store and transport.

Using ammonia as a hydrogen carrier is offering hope of a relatively low-cost solution for effective and safe carbon-zero energy storage and transmission. Thanks to its high volumetric hydrogen density, ammonia has long been produced in very large quantities for fertilizers, therefore significant storage and transport infrastructure is already in place.

Ammonia can be broken down into a mixture of nitrogen and hydrogen, which can then be used as a fuel using a process known as cracking.

The main components of the cracker are an evaporator for evaporating the stored liquid ammonia, a preheater for heating the resulting ammonia gas to 400°C, and a filled reactor in which the cracking reaction is catalyzed. A separator is required to obtain pure hydrogen from the cracked gas, which contains a mixture of hydrogen and nitrogen.

Today, there are no available or known processes to decompose ammonia at large scale. 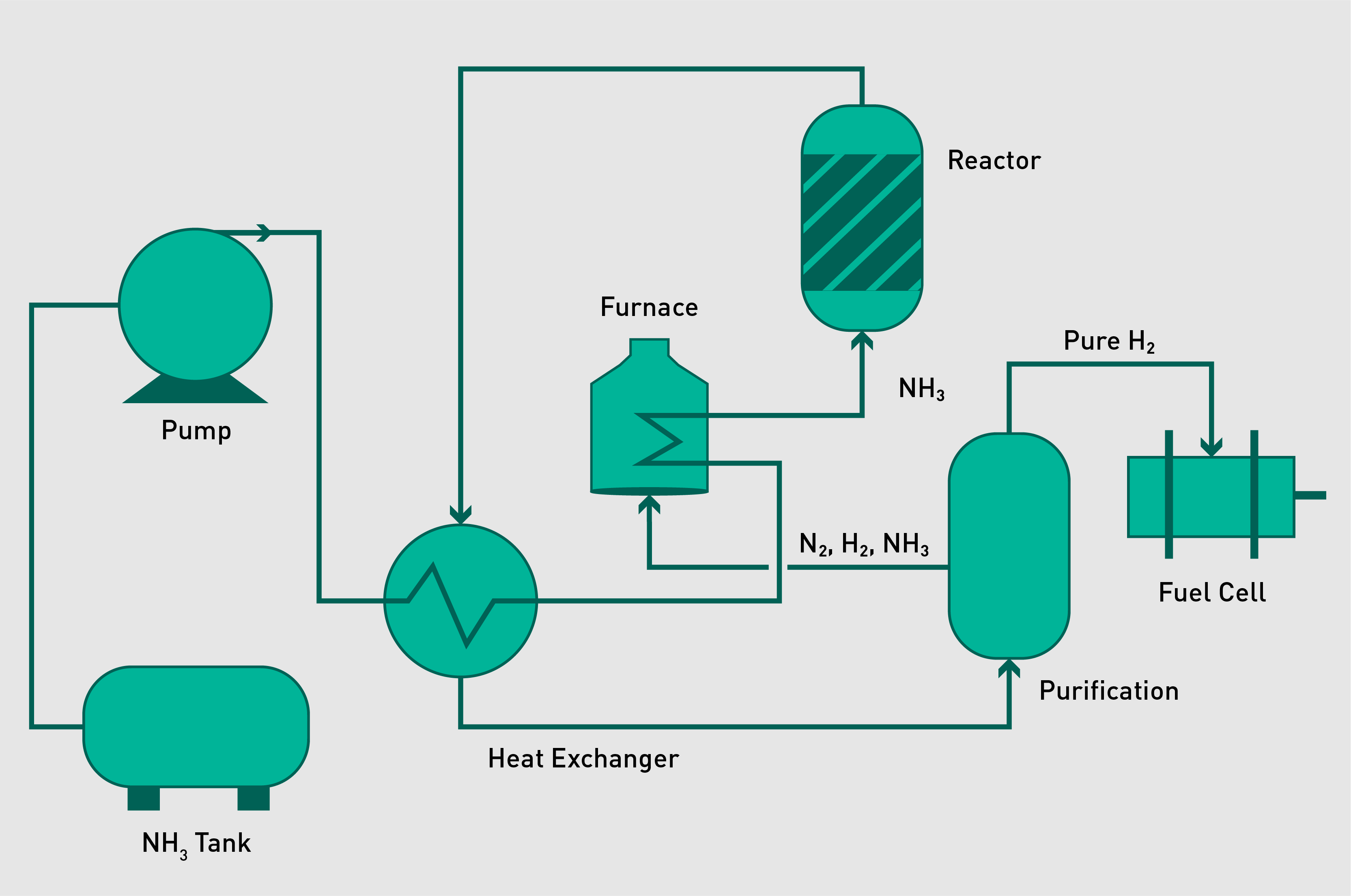 What is green ammonia?

The production of ‘green’ ammonia from renewable sources will undoubtedly be an important pillar of the global Power-to-X economy. Ammonia is unique in that the non-hydrogen part of the ammonia molecule has no carbon. The nitrogen originally comes from the atmosphere, and is returned back to the air after the hydrogen has been extracted via cracking. The process of production of ammonia with nitrogen taken from the atmosphere is highly efficient.

Hydrogen is provided from water electrolysis with electricty from renewable sources such as wind, solar or hydro power plants. Green ammonia plants combine two elements in the well-established Haber-Bosch process to make ammonia, which can be used as a new form of energy storage.

Green ammonia is also noteworthy as an environmentally friendly fuel. When burned, ammonia turns back into nitrogen and water, and does not produce the detrimental CO2 emissions associated with fossil fuels. 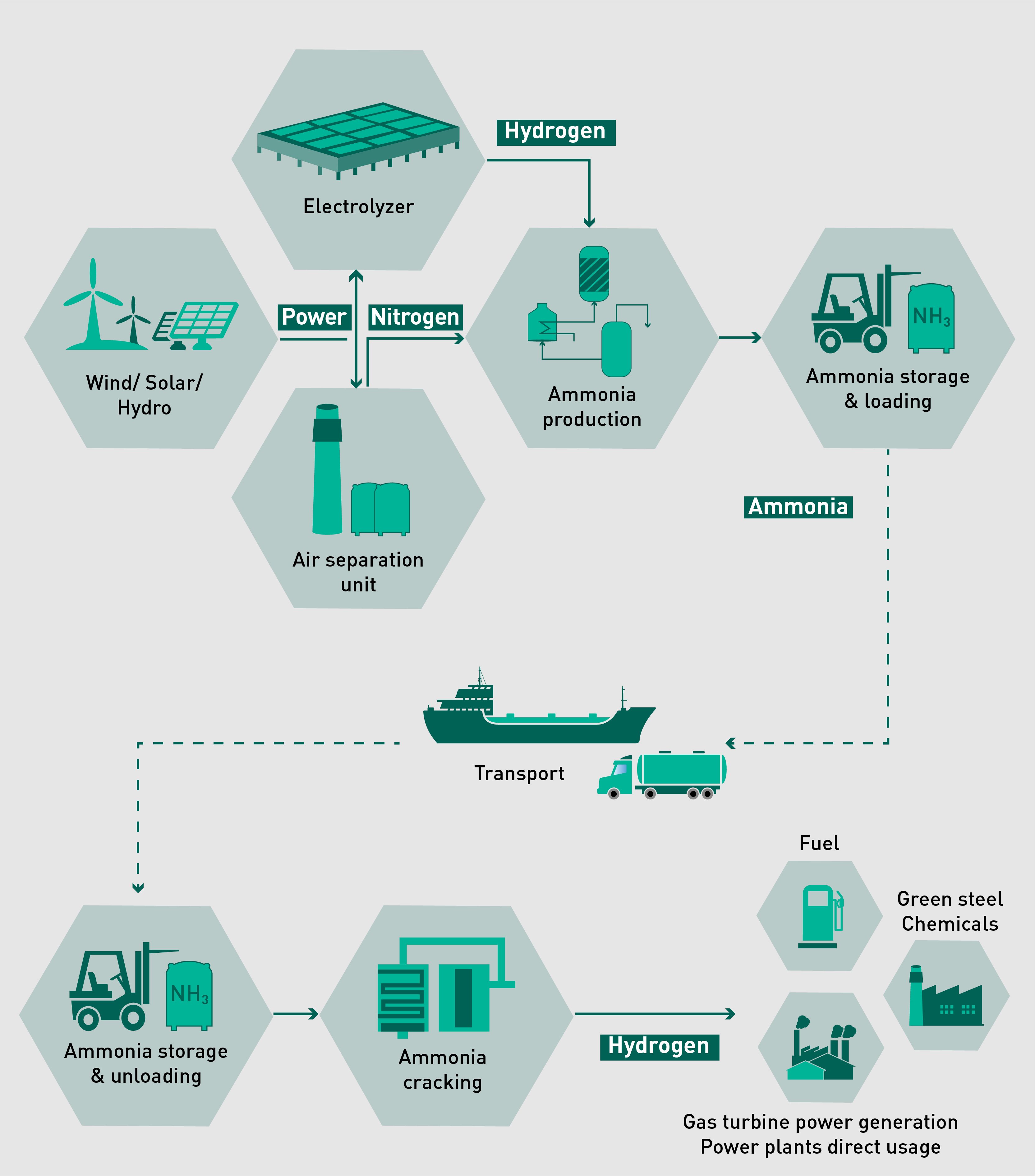 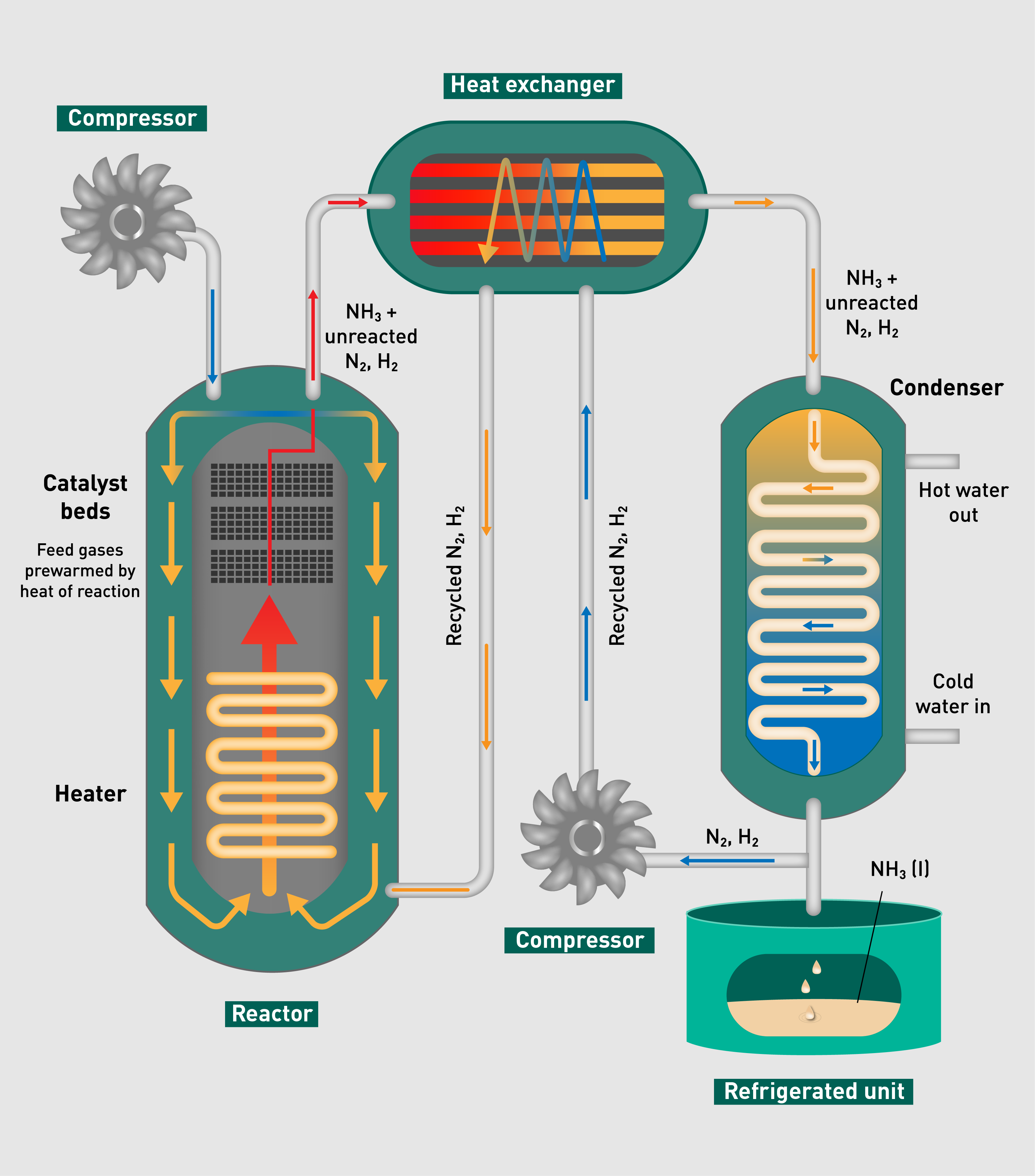